In this article, I’m going to give you an introduction to the new Media Player module for Moodle. It’s a flexible, robust and feature-rich method of deploying video in Moodle as an activity.

In November 2009, I started the FLV Player module for Moodle project. It was a way of deploying video in Moodle that was robust, standards compliant and above all easy to use for non-developers. It’s been a great success and I’ve have a lot of feedback from teachers, course content developers and admins. As a result of this, I’ve decided to update the module and include a number of new features. I’ve developed this new version as a separate and distinct module to avoid teachers and course content developers having to redeploy existing instances of the FLV Player module due to conflicts between the old and some of the new module’s settings.

You can already deploy video in Moodle. Why create a Module for it?

The Media Player module uses a single, extremely well developed and supported Flash video player (JW FLV Player) which effortlessly and gracefully handles the majority of web video formats, including FLV and F4V (Flash video), M4V and MOV (Quicktime) and MP4. It also supports the new and popular H.264 (Blu-ray) video CODEC and of course the most asked for feature in web video players, a variety of playlist formats.

Also, the only way to deploy captions with video is to hard-code them into the video file which is inflexible, doesn’t adjust when the video is scaled and doesn’t support multiple languages. External captions, on the other hand, are very flexible, easy to edit and easy to read at any magnification.

Obviously, many teachers and course content designers would like to do much more than basic video playback deployment for e-learning purposes and that’s where the Media Player module comes in.

But video is a resource. Why is Media Player an activity module?

If you only deploy video and nothing more, then it isn’t interactive and it would be unreasonable to call it an activity. The Media Player module includes options that have quite a high degree of interactivity such as Snapshot and Searchbar. As you’ll see while you read this article and try out the demos, it’s much more than a video player and will continue to support more features as they become available.

So what can I do with the Media Player module?

There’s a lot you can do with it and you can also use all of these features in combination with each other. The features are difficult to describe and I think it’s much better to see them demonstrated. See the links at the end of this article for some demos.

How can I start using it?

The Media Player module plugin for Moodle is open source and available to download and install from the project site hosted on Google Code. Please use the project Issues Tracker to report any problems or requests.

This Flash learning application generates word searches as activities in Moodle courses. The word searches are automatically generated are are unique every time a user interacts with them.

What does the word search do in Moodle?

A possible extension of this learning application is to use the SWF Activity Module’s AMFPHP Flash Remoting library to pull vocabulary lists from other database tables in Moodle, such as Wikis and Glossaries, or 3rd party web services such as on-line dictionaries and encyclopedias. 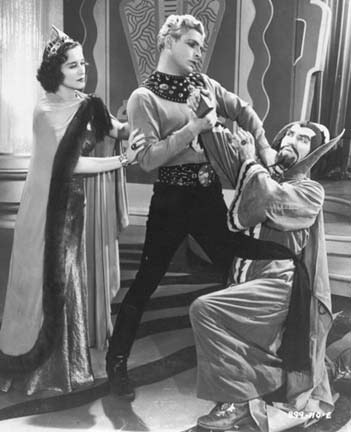 There seems to be a heated and highly polarised debate in progress about Flash and HTML5. There also seems to be a lot of misinformation flying around and some misunderstandings about what Flash and HTML5 are, what they can do and how the future of the web is likely to shape up in the next ten years.

Microsft, Apple, Adobe and Google are all competing for their own particular profit models and market share. Most of the debate and the disagreements have little to do with what the best technology for the web is or what’s best for developers and users. The link at the end of this post is a sober, well-informed article written by Jeremy Allaire, founder of the Flash MX platform, ColdFusion and Brightcove.

Also, please note that the developments in HTML5 RIAs that they’re talking about are in quite a long-term time frame by web technology standards. Don’t be fooled by Google’s “hard push” campaigns and their YouTube.com/html5 beta demo. Try it out in IE8 and you’ll see it’s still the Flash plugin video player and Internet Explorer still accounts for almost 59% of web browser usage, with versions 6 and 7 making up the majority share. Unless there’s some radical change in web browser user behaviour, we aren’t going to see a widely distributed full implementation of HTML5 on users’ desktop browsers for the next few years.